Empar Vengut Climent / On December 13th and 14th, the kick-off meeting of the European project coordinated by ScienceFlows CONCISE (Communication role on perception and beliefs of EU Citizens about Science) was held at the House of Science in Valencia.  This project, with a funding of almost 1.2 million euros from the Horizon2020 programme of the European Commission, intends to study the role of science communication on the perception and beliefs of citizens of the European Union regarding science. Nine entities, including universities and companies, as well as the Spanish Association of Scientific Communication, are part of the consortium. The planning, methodology and objectives of CONCISE were defined among its members in this meeting.

The importance of the CONCISE project lies in the search for a standard of indicators to improve scientific communication. To this end, researchers of the consortium will carry out public citizen consultations in five different countries (Spain, Portugal, Italy, Poland and Slovakia) where the opinion of 500 volunteer citizens will be recorded. The consultations will be transcribed and analysed with a corpus linguistic software to identify different markers that will help the research staff in scientific communication, the political and scientific classes, science journalists and the general public, to communicate more directly and effectively, and thus avoid misleading speeches that generate distrust and misunderstandings. CONCISE is focused on four specific topics of current relevance: vaccines, the use of complementary and alternative medicines, climate change and genetically modified organisms. However, its results will be scalable and its methodology can be applied to other scientific subjects and to European countries to promote, both qualitatively and quantitatively, scientific communication throughout Europe.

ScienceFlows researchers Carolina Moreno, Isabel Mendoza, Empar Vengut-Climent and Lorena Cano are in charge of the coordination of the CONCISE project, including collaboration with the following nine entities: the universities of Valencia, Pompeu Fabra (Barcelona), Trnava (Slovakia), Lisbon and Lodz (Poland), Observa Science in Society (Italy), the Spanish Association of Scientific Communication and the companies FyG Consultores (Spain) and Danmar Computers (Poland).

The great diversity of this consortium will allow to discuss and investigate at a European level the role of science communication in society taking into account the media, policy makers, scientific personnel, disseminators and social entities. To do this, the partners will analyse through which mechanisms (media, social networks, life experiences, beliefs, ideologies, the education system…) EU citizens acquire their scientific knowledge and how these influence beliefs, perceptions and opinions.

CONCISE, with a planned duration of two years, has been successfully evaluated by the European Commission and a funding of 1,198,337.50 euros has been proposed. The kick-off meeting held in December kick started this project presented as Research and Innovation Actions-RIA of the Horizon 2020 European programme. 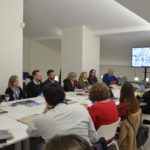 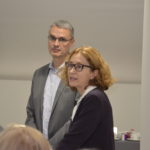 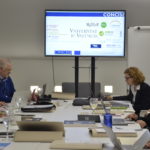 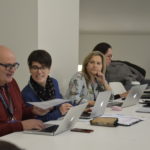 UPF CONCISE, debate at a European level on the role of science communication in society